The City of Bloomington purchased 18 acres of old railroad bed that ran through the Switchyard, and opened the second phase of the B-Line Trail, a paved, accessible pathway that extends 3.1 miles from Adams Street on the north to Country Club Drive on the south, in 2011. The City then set its sights on transforming the former switchyard into a community park.

Destination park for people of all ages! 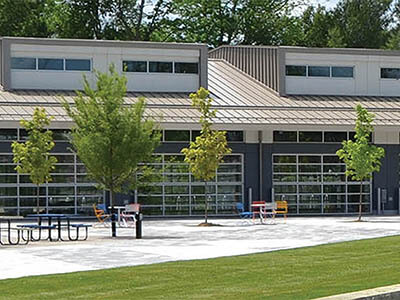 Switchyard Park is a 65-acre park located on the city’s south side. The park is a culmination of decades of planning, as both city leaders and residents saw the potential of an abandoned railroad switchyard to become a destination park for people of all ages and abilities.
More Details

Switchyard Park - City of Bloomington, IN